takes after the peep 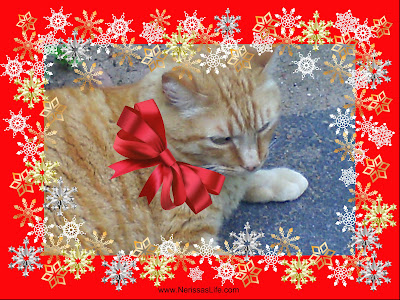 Once upon a time, long long ago when the dinosaurs roamed the Earth chasin' small mammals and stompin' on everythin' in their path; my Peepers lived with her Mama and Papa peep in a cave dug out of the side a mountain.  It was a small cave, but it was their cave, and they made it their home.  Mama peep kept the floors swept and a cozy fire goin'; while Papa peep made sure the woodpile was well stocked, as well as the cupboards.

Now Peepers - MY Peepers - was generally a good child although at times she could be a little rambunctious and was always more than capable of spinnin' a good yarn or two, and...

No, not literally.  She didn't actually spin yarn.  I mean, she was known to tell stories.

Like I was sayin', Peepers was GENERALLY a good child but she had one very bad habit.  Peepers was a nail biter, you see.  Mama and Papa peep desperately wanted to break her of this nasty habit, 'cause you never know what might be under the nails of a child who spends her afternoons ridin' around on the backs of brontosauruses as if they were horses, and runnin' away from t-rexes after taunting 'em 'bout their bad breath.

But anyway, Peepers had this one really bad habit, you see, and her mama and papa wanted to break that habit, for sure.  So they made Peepers a deal.  If she stopped bitin' her nails, as a reward, she'd get a prezzie.

Well no sooner was the offer made, it was accepted; and Peepers stopped bitin' those nails.  The promised prezzie was given and then...

And then, Peepers went back to bitin' her nails. 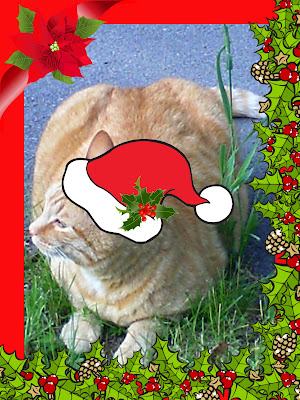 Numerous prezzies later, Mama and Papa peep figured out they had probably been played.

I know, I know...  I know what you're thinkin'.  You're thinkin', what does this one hundred percent historically accurate account of Peepers' life as a child have to do with me, Seville the Cat?

Well it actually has nothin' to do with me, but it most definitely pertains to that brother of mine, Saffron.

That Saffy Saffron Sassafras is gettin' supplied with the treats left, right, and centre.  He gets extra treats mornin', noon, and night.  He gets so many treats, one day he's gonna wake up lookin' like a little square pillow only he's not gonna be "little" on account of his eatin' so very many treats.

The thing is, when Saffron goes outside, Peepers always tells him to stay in the yard, stay close to the house, and to come back in when he's called.  And Saffy, bein' a suck-up to the nth degree, always does exactly as he's told.

And then when he comes inside, Peepers tells him what a good boy he is right before SHE GIVES HIM SOME TREATS.

Well once Saffy figured out he'd get treats every time he came back in after goin' outside, he started goin' outside more and more often.  Sometimes, he'd come inside, have a few treats, then head right back out ONLY SO THAT HE COULD COME INSIDE AGAIN, AND GET TREATED WITH EVEN MORE TREATS!

THAT CAT IS GOIN' OUTSIDE WITH THE SOLE PURPOSE OF COMIN' BACK INSIDE FOR EXTRA TREATS.

I'm tellin' ya, he's like Peepers was with those prezzies she got for not bitin' her nails. 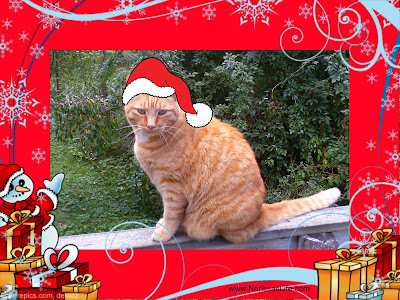 That Saffron is one cunning and conniving, scheming little cat, to be sure.  CLEARLY, he takes after the peep.

Posted by Seville at Nerissa's Life at 14:19