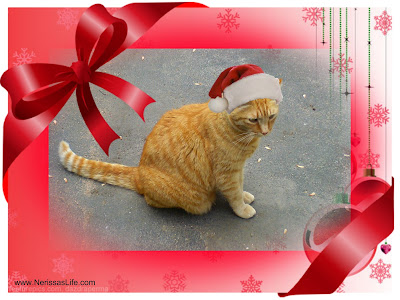 What do you MEAN that box wasn't for me?

So anyway, the peep left out a couple boxes in the family room the other day.  They were pretty nice boxes, too.  One hundred percent authentic cardboard, they were.  You know, the good stuff.  Plain brown cardboard and fairly thick.  Nice and sturdy, for sure.

Not to mention bein' of an EXCELLENT size.

Just the right size for me.

So obviously, I jumped right in one and gave it a good scratch.

And that box turned out to be made of the perfect kinda cardboard for scratchin', too.  I was able to sharpen my claws on the base of the box without gettin' any ink and icky glossy stuff between my toes, like what sometimes happens when perfectly good cardboard has been RUINED by printin' stupid lookin' shiny pictures all over it and things.

Like I said earlier, THIS cardboard box was ONE HUNDRED PERCENT AUTHENTIC CARDBOARD.  Perfect for scratchin', for sure.

So anyway, ol' Peepers had been off in another room - no doubt doin' somethin' stupid, on account of her bein' a peep and peeps' propensity for doin' stupid things - while I was takin' my new cardboard box out for a spin. 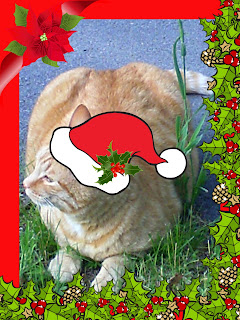 A test drive, one could say.

And then she returned.

Well my gosh, my friends, you SHOULD HAVE HEARD the language comin' out of the peep's mouth.

For a minute there, I thought she was auditionin' for some kinda HBO special or somethin' like that.

And her language was far from filled with the spirit of Christmas, I might add.

Accordin' to the peep.

APPARENTLY, those two boxes were gonna be used to ship off some Christmas stuff through the mail.

AND APPARENTLY, once holes have been made by SOME KITTY - we won't say whom - scratchin' his way right through the bottom of a box....

SAID BOX CAN NO LONGER BE USED FOR MAILING.

Again, that's accordin' to the peep.

But you know, peeps can be tricky.  Peeps have been known to tell a kitty fibs just to throw a kitty off track.  The possibility exists that ol' Peepers might have said what she said just to make me feel all guilty and stuff, but still be plannin' to use that cardboard box. 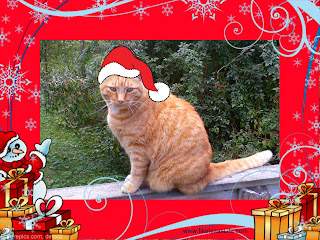 Well we can't have that now, can we.

Methinks me needs to go pee in that box, or give it a spay or somethin' like that.  I've found that once a box has been sprayed or peed in, no peep will ever consider using said box again.

Posted by Seville at Nerissa's Life at 16:35