Yes, that is just what I was yellin' at the top of my lungs on Friday night. Finally, I was free.

Talk about cruel and unusual punishment.

There I was on Tuesday night, happily postin' away on my fan page, Nerissa's Life over on Facebook, when all of a sudden...  MOUSES!  I wasn't bein' allowed to post a thing.  I couldn't post anything new and all of the posts I had ever posted over the past two years or so, disappeared like magic.  Facebook kept tellin' me I had a tonne of notifications but when I clicked on any of 'em to see what my pals were sayin'...  NOTHIN'.  Nothin' but a blank page.  Again I say...  MOUSES!

Of course, I immediately thought it was some sort of glitch.  I mean, it's not like Facebook is known to be glitch-free, you know?  I reported what I thought to be a glitch through my page and the peep reported it through her timeline.  I, at nerissathecat, also left a slew of tweets for Facebook over on twitter.  I was gettin' desperate and we all know what desperation can do.  But still, I received no response.  MOUSES!

Then I started thinkin' about it and realised that it might not be a glitch at all.  No, what made much more sense was that I had been tossed into Facebook Jail and the peeps at Facebook had gone and thrown away the key.  I was devastated. 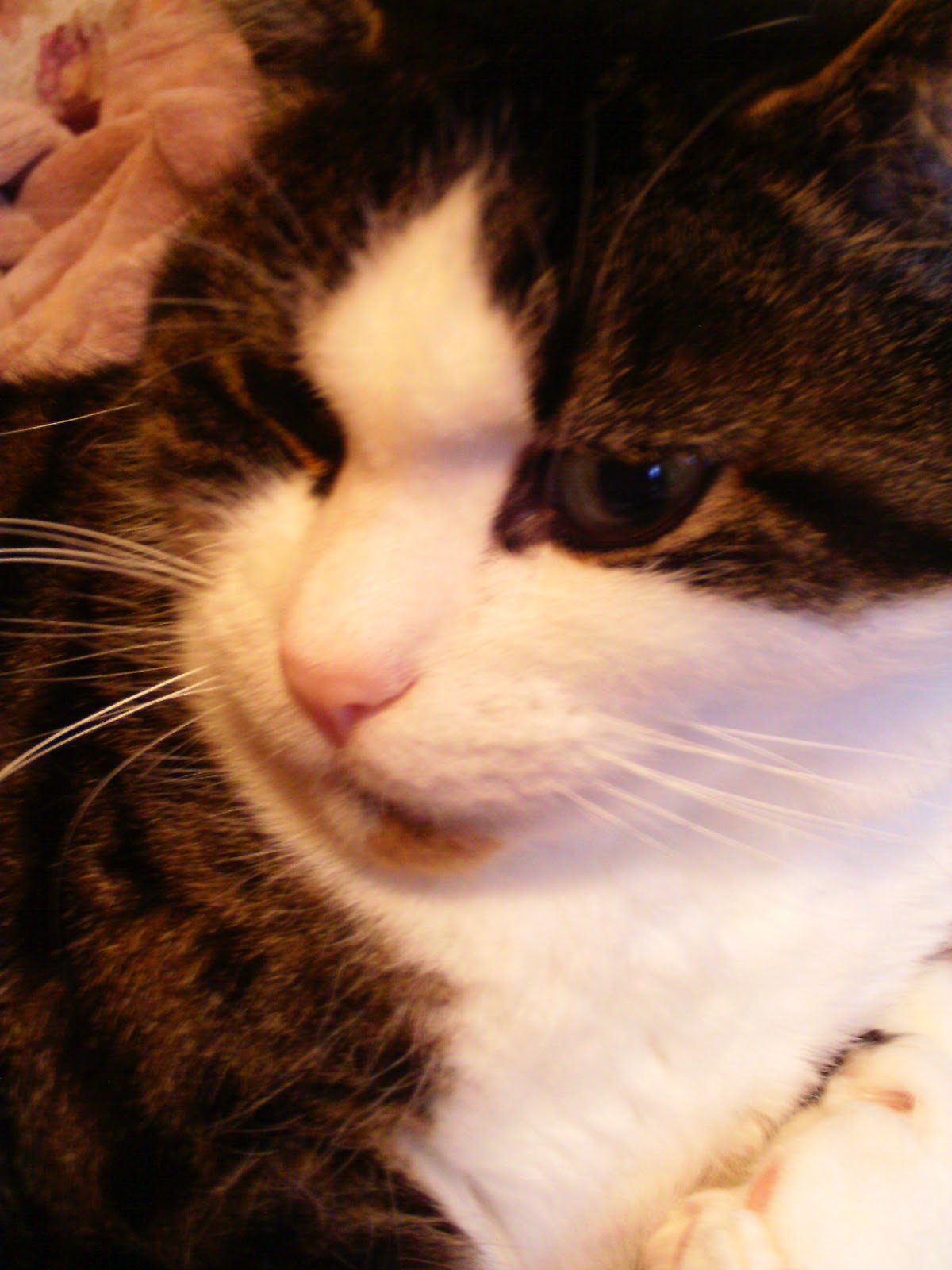 Now here's the thing.  I am not against rules.  In order for us all to live in an orderly and civilised society, there must be rules and yes, those rules must be enforced.  No point in havin' rules if you're not gonna enforce 'em.  I do admit that I would much prefer that said rules be written by cats but until we cats fully take over the world, I suppose I'll have to suffer through the peep-made ones.  But whether made by cats or peeps, WE CATS HAVE TO BE INFORMED OF THOSE RULES!

I received no warning of any kind from the peeps at Facebook.  Nothin'.  One moment everything was fine, A-okay, hunky-dory and the next...  MOUSES!

I went lookin' for information regarding my rights and found that the Canadian Charter of Rights and Freedoms clearly states that we have the right to be informed promptly when arrested or detained. Promptly.  PROMPTLY!  It also says that if a cat is charged with an offence, said cat has the right to be told exactly what that specific offence is and to be told without unreasonable delay.  Okay, the Charter doesn't specifically mention cats but I think it really should so I added that part, myself.

Anywho...   my point is that I was tossed into Facebook Jail and imprisoned like a common criminal, never bein' told what offence I had committed.  In fact, I have yet to receive any sort of explanation from the peeps at Facebook and I'm not holdin' my breath on ever gettin' one as, I suspect, doin' so could very well kill me.

Not respondin' to my enquiries is really rather rude.  Anyone with an ounce of courtesy in their bodies should know that.  They really should.

But not tellin' me what offence I committed was more than just rude.  It was also stupid.  Yes, stupid.  For peeps who are so incredibly smart to have created the whole Facebook thingy, it's hard to believe they could behave so stupidly.

By not tellin' me what offence I committed, I'm very likely to commit it again.  You see, if they were to tell me exactly what I did that was wrong, I could easily avoid doin' whatever it was again, in the future.  In fact, I would go out of my way to avoid doin' whatever it was.  But I don't know what I did and by not knowin', I'm likely to commit the very same offence again.  Not because I want to but rather, because no one at Facebook has had the decency to inform me of the laws I have broken. MOUSES!

The peeps at Facebook would likely say that they don't have time to respond to everyone's questions and whatnot on account of there bein' millions of Facebook users.  Yeah, yeah, yeah... Fact is, this whole situation could have been avoided if, when thrown into Facebook Jail, I had been given a reason right then and there.  And if the reasons for my arrest happened to be explained on my administration page, I would like to inform Facebook that my administration page disappeared when my fan page was last updated which, by the way, I did not ask anyone to do.  MOUSES!

Do they never watch television?  Have they never seen a peep bein' arrested on television?  The police tell the perpetrator exactly why he or she is bein' arrested at the same time they arrest them. Facebook should have done that for me.  Not knowin' what I had done or for how long I was gonna be punished made everythin' about my punishment ten times worse.  It made it almost unbearable.

I wanna thank all my pals for their undyin' love and support during this very tryin' time.  I could never have gotten through it without you all.  Knowin' you were missin' me is what got me through this whole thing.  Well, that and the nip. Peep #1 smuggled some extra nip rations in for me.  Oohhh...  it was excellent.

Some of you may feel that I'm sort of pushin' my luck by havin' written this post but I really think that this post needed to be written.  As you all know, I consider myself to be a bit of a reporter.  What do reporters do?  They report!  We investigative reportin' cats report the news and this, my friends, is news.  The truth must be told no matter what the cost.

Email ThisBlogThis!Share to TwitterShare to FacebookShare to Pinterest
Labels: Facebook, freedom, jail, laws, right to be informed promptly of charges when arrested, rules, threw away the key, unfair and unjust incarceration