Did you hear?  Did you hear 'bout how the Canadian government has been spyin' on us kitties on Facebook?

It's true.  Just last week, the Federal Privacy Watchdog announced that the Government of Canada has been spyin' on us kitties   They've been readin' our statuses and whatnot and takin' notes.

And why a privacy watchdog, anyway? Why not a cat?  But I digress...

Actually, I would imagine that they're not restricting themselves to just the kitties.  There are a lot of dogs and bunnies on Facebook, too.  Maybe even some ferrets and pigs.  MOUSES!  Are there mice?  Could be.  Once heard tell of a squirrel on Twitter.

But you've gotta wonder just why they're spyin' on us kitties in the first place.  What do they want to learn?

They'll be very interested in learnin' more about my research into egg beater-whisk time travelling-teleporation technology, of course.  Everyone wants to know more 'bout that.  And then there's my work with the FBI...  You know, the Feline Bureau of Investigation.  Haven't had any cases lately but...  Hmmm...  Actually, I've never been assigned a case with the FBI.  MOUSES!

Truth be told, I'd be more than happy to enlighten the government peeps on my daily activities.  All they need do is ask.  Perhaps they're intimidated by the cuteness and intelligence of the general cat population.  Perhaps that's why they feel the need to spy on us rather than just askin' some questions.

And one has to wonder about the validity of the information they're gathering.  Especially when they're gatherin' information 'bout peeps.  My limited experience with peeps has been that some of 'em have a tendency to lie.  Actually, some of 'em have made lyin' a career!  Who's to say that what they're puttin' in their statuses is true?  I know that all of my friends out there always write the truth on their statuses but that's 'cause I've got honest friends.  Not everyone is equally as truthful.

One must also take into account the differences between statuses written by cats and peeps.

Do they even know how many of us are cats?  MOUSES!

You know, we cats write about totally different stuff from peeps. TOTALLY.  And if the government spies don't know it's a cat writing the status, they're bound to get confused and whatnot. Their findings are gonna be all messed up.

For example, when I mention that I'm a member of the FBI, anyone with a modicum of sense would realise that - obviously - I mean the FELINE Bureau of Investigation.  Clearly, that's the FBI to which cats belong.  But what if the government peeps get confused and think I've started workin' for the American government?  I can just hear the conversation now.  Prime Minister Harper calls up President Obama to ask, "Hey there! Tell me...  You really hirin' cats for the FBI now?"   MOUSES!

Or what about when I write about grass?  A lot of us cats enjoy munchin' on a blade of fresh green grass every now and then.  When we write 'bout stuff like that on our statuses, we're talkin' about grass growin' in the lawn or in the garden 'cause our peeps have been neglectful with their weedin' duties or sometimes, little pots of cat grass that a peep bought for us at the pet store.  WE'RE NOT TALKIN' ABOUT POT!  Okay, we might be talkin' about the flower pot in which we're growin' the grass but the actual grass really is actually grass.  Again I say...  MOUSES! 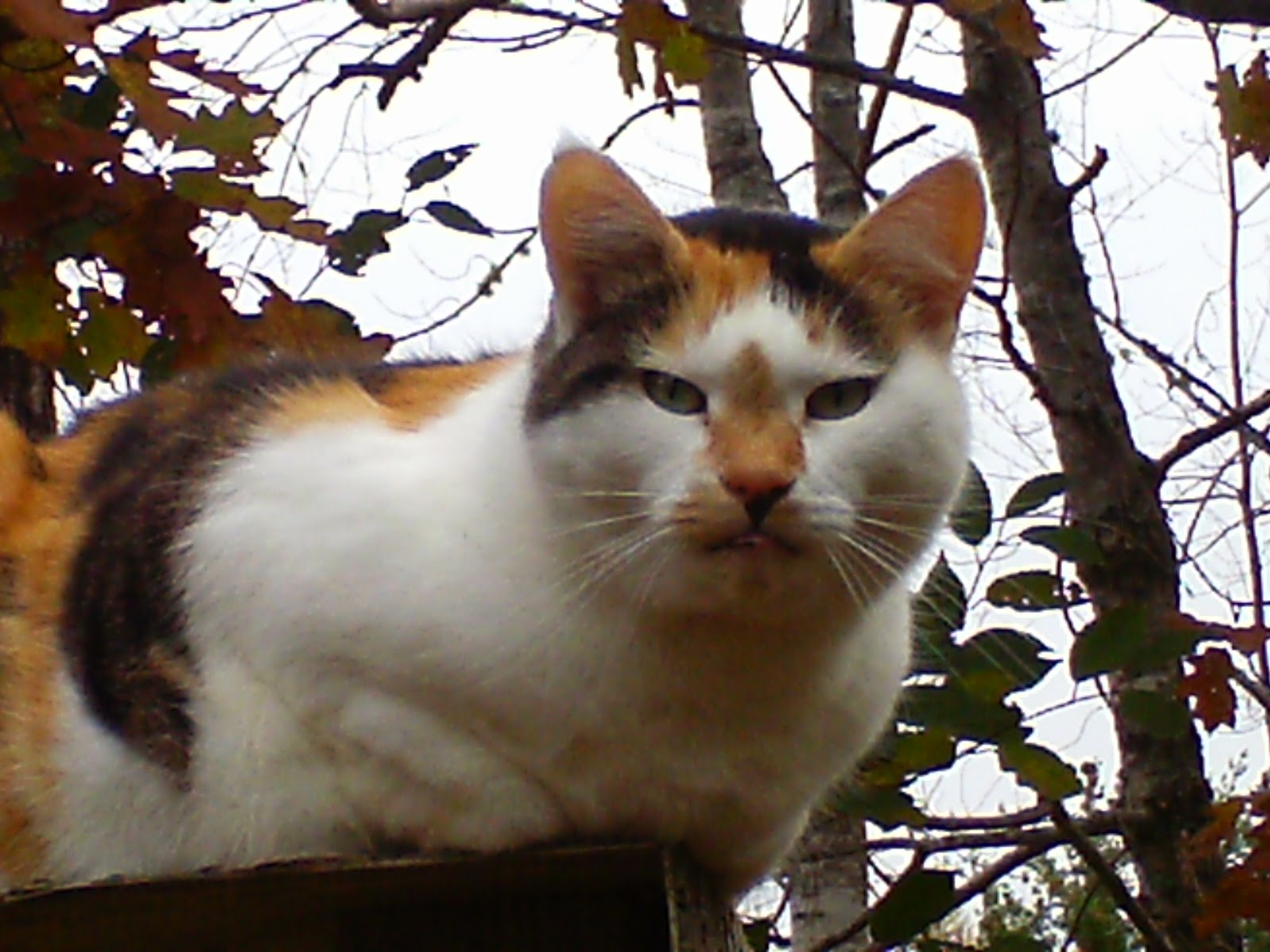 Peep #1 was noticin' a lot of ads on her Facebook timeline for legalised marijuana for a while there which she found odd 'cause she has never ever, EVER smoked it or eaten it or anythin' else like that.  Nope.  Not even once.  She's a bit naive when it comes to stuff like that.  I had to take her aside and explain how it likely had somethin' to do with all of my posts about nip and cat grass and whatnot.  You see how spyin' can get confusin' if one does not know upon which species one is spying?

And then there's the nip...

A lot of us cats post a lot of stuff about the nip.  So much, in fact, that I keep expectin' to hear some sort of announcement from the Canadian government that they're gonna look into the legalisation of the nip.  Oh yeah...  nip already IS legal.  Silly me.  Or maybe they're gonna try to apply sin taxes to catnip and start sellin' it at the liquor stores.  If they do that, I'll have to get myself some photo ID or somethin' so that I can prove my age when buyin' the nip.  And by the way, there's NOTHIN' sinful 'bout a cat enjoyin' a little nip.  Sin taxes...  MOUSES!

When Peep #1 heard about all this spyin' and whatnot, she was livid.  Not 'cause she and I have anything to hide but rather, she was annoyed that the government peeps would rather spy on me on Facebook than read my blog.  Kind of rude, if you ask me.

Everythin' anyone needs to know 'bout me can be found right here on my blog.  My adventures, my love of the nip, the stupid stuff my peeps do, my bionic knee...  It's all there.  It's all there for the readin'.

The bottom line is this.  If the Government of Canada wants to spy on me on Facebook, they're welcome to it.  It's not like I can stop 'em or anything but....

But if they're gonna spy on me they had darned well better LIKE MY FACEBOOK PAGE and FOLLOW ME ON TWITTER and READ MY BLOG while they're at it. Anything less would be rude and inconsiderate and a myriad of other things which I could list here but there are so many things it would take far too long and actually, since this is turnin' out to be one of my shorter blog posts, I'm not gonna list the whole list although, true to form, I have included one or two of my trademark run-on sentences 'cause you know...  I wouldn't wanna let anybody down.