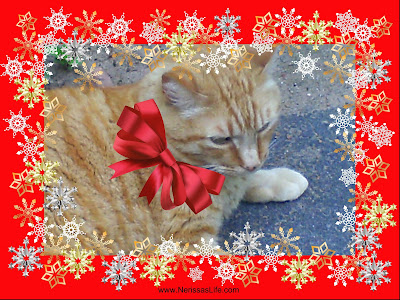 Unbelievable.  It's mousin' out loud, UNBELIEVABLE!  Peepers is out there on the driveway, playin' with the garden hose, thinkin' she's a CAT!

She's out there tryin' to put the hose away for the winter - which is ALWAYS a good show, I must admit - but this year, she's doin' it, thinkin' she's a cat.

Now normally, Peepers struggles gettin' the hose all wiped down and wound up.  Well not so much with the wipin' down part.  She seems to know how to do that.  But with the windin' up?  Oh, she's a hopeless wreck when it comes to that.

The hose never seems to wanna let itself be coiled up, you see.  It's always tryin' to break free.

Excuse me for a mo.

HEY PEEPERS!  FIRSTLY, YOU'RE NOT A CAT.  SECONDLY, YOU'RE NOT AS GOOD AS ONE, EITHER.  AND THIRDLY...  THIRDLY, IF YOU REALLY WANNA BE CATLIKE, YOU'VE GOTTA GET DOWN ON ALL FOURS! 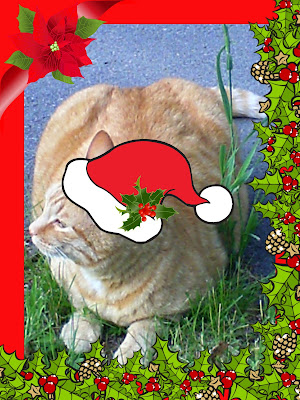 So Peepers is out there in the driveway, usin' her feet as paws - which is workin' - but she's still usin' her hands as hands, you see, and that, my friends, is the problem.  She needs to use her hands as paws, too.

And she's back up!

Can't keep a good peep down.

But at this very moment, Peepers is PRECARIOUSLY balanced on only two feet...  I mean, paws.  I mean...  Hind legs?  That'll do.  Hind paws!  That's better, for sure.

Anyway, she has her hind paws standin' on the parts of the garden hose she has already coiled up, and as she winds up more of that there hose, she stands on the added coiled bits, until...

AND WE'RE BACK DOWN, FOLKS.

Until she loses her balance and falls. 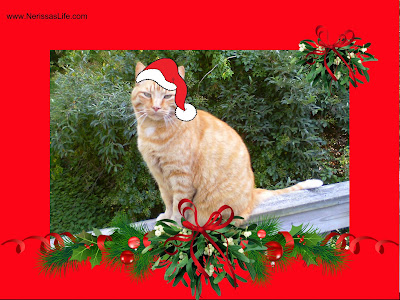 THIS HERE FILM IS GONNA GO VIRAL, FOR SURE!

Peepers is such a failure as a cat.

And that, my friends, is that.

Remember to mask up, too.
Posted by Seville at Nerissa's Life at 15:28