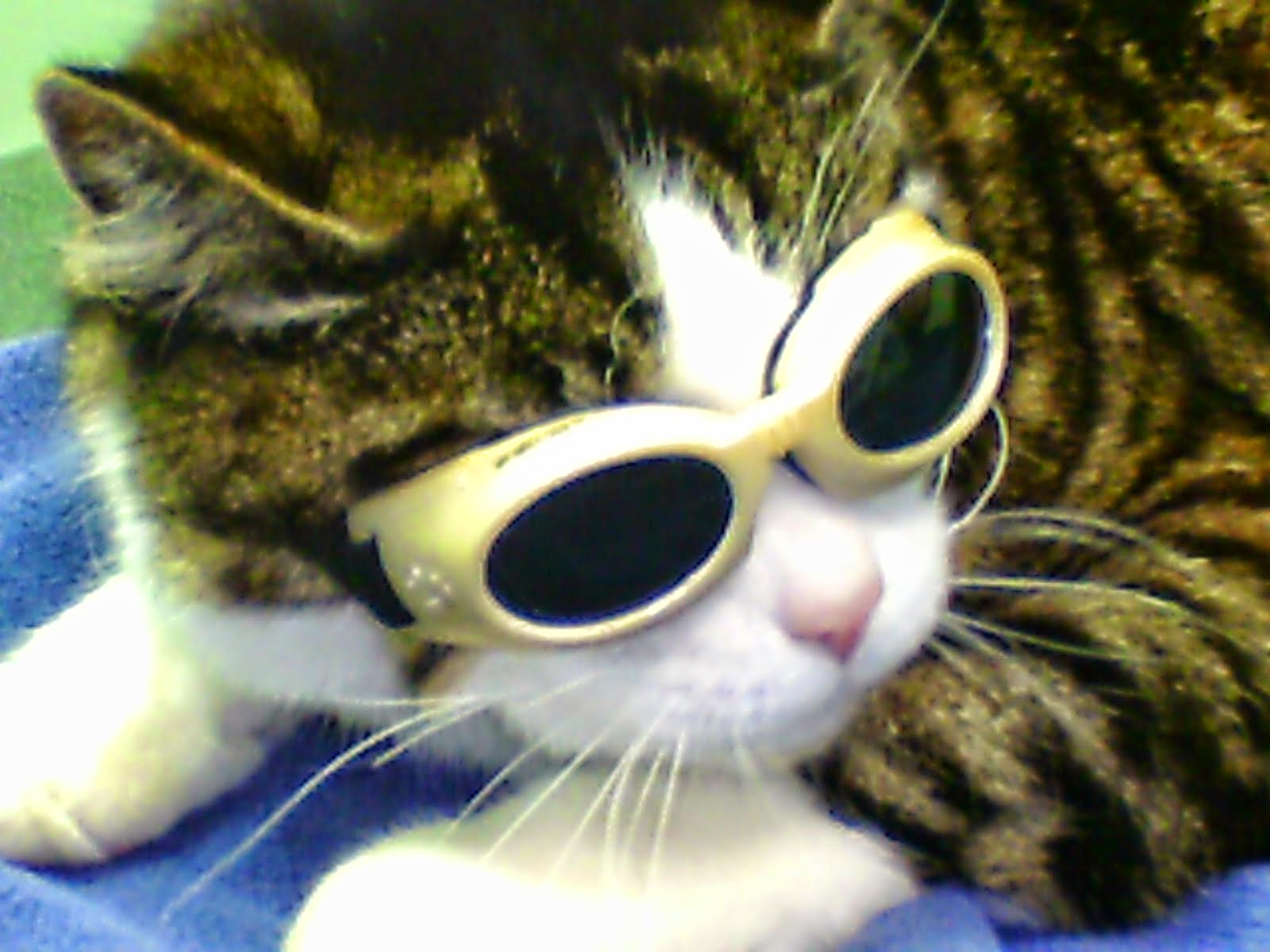 I've been thinkin' about somethin' for a long time now.  I've been debatin' it back and forth in my mind, considerin' all the implications and whatnot.  I even talked it over with the peep...  briefly. Finally, I put my paw down and said to myself, a cat has gotta do what a cat has gotta do.  I'M GOIN' FOR IT!

There have been so many Canadian kitties enterin' the political world, as of late.  Really, it's a great thing.  I mean, who better to rule than cats and yes, that IS a rhetorical question.  Why shouldn't I, Nerissa the Cat, get in on this act, too?

But runnin' a campaign is a big deal.  There are all those photo shoots and although extremely photogenic - 'cause I'm a cat, I really don't like havin' my picture taken.  I try to avoid it at all costs. This is probably the reason Peep #1 has so many pictures of the back of my head.  MOUSES!

And then there would be interviews and press conferences and the like.  Even debates.  Havin' been born feral, I'm still a little shy when it comes to strangers.  I'm thinkin' that there might be a whole lot of strangers at some of those gatherings.  One or two of those strangers might even be strange! Nope.  Not the thing for me.

Plus, I'd need a campaign manager.  I really doubt that Peep #1 is up to it.  I mean, the woman can't even get a decent picture of my face.  How on earth is she supposed to run a campaign?

So I thought and I thought about it and then I thought some more and it occurred to me that there's more than one way to skin a politician.  Not every politician in Canada in elected.  Some of 'em are appointed.

And that's when I realised...  I COULD BE A SENATOR.

I immediately went on-line to see if I had the necessary qualifications.  Turns out, I do.  I have qualifications in spades.  Not the diggin' kind of spades - although I am a cat and cats do like to dig - but rather, the qualifications kind.

In order to be appointed to the Senate, one is supposed to be a Canadian citizen.  At least I think that was what all that gobbledygook and mumbo-jumbo meant.  I don't think one has to have actually been born in Canada which is good 'cause although I WAS BORN IN CANADA, I don't have a birth certificate provin' it.  You know, 'cause I was born feral in a neighbours' woodpile and whatnot. MOUSES!

One must also be thirty years of age.  Hmmm...  Well, I'm only eleven but in cat years, I'm far older than that.  So if we go with the cat years, I qualify.  Plus, due to my lack of a birth certificate, who's gonna know any better?

The third qualification is that one must own property.  Done.  I own three condos.  They may be kitty condos but they're condos, nonetheless.  Also, I own a couple of peeps who have a house so ipso facto, I own that, too.

Lastly, in order to be appointed to the Senate, one must live in the province which he or she is supposed to represent.  I'm a Nova Scotian kitty.  I was born in Nova Scotia and have lived here all my life.  Clearly, I would qualify to represent this beautiful province.  Not every Senate appointee has been able to say the same.  MOUSES!

And speakin' of this fair province...  We Nova Scotians are currently underrepresented in the Senate. There are supposed to be ten Nova Scotian Senators but at the moment, there are only eight. That's not fair.  That's not fair at all.  The whole point of Nova Scotia havin' ten senators is so that the smaller provinces have equal representation in Ottawa but if we don't actually have ten Senators, we don't have equal representation, either.  Clearly, the Prime Minister needs to do somethin' about this. He needs to appoint two more Senators.  MOUSES!

And who better to appoint than a cat?  The Senate is supposed to represent the rich diversity of Canada.  So far, all members of the Senate have been peeps.  Not a cat among 'em.  Well that just smacks of speciesism, that does.  Don't you agree?

It did occur to me that perhaps cats were not allowed to be Senators like in the case of when my pal Stan ran for Mayor of HRM and I heard - on CNN, I think - that it was discovered that there was some stupid law on the books sayin' that cats couldn't run for mayor.  MOUSES!  But I dug and I dug and I dug and as deeply as I dug, I couldn't find any reference to cats bein' excluded from Senate nominations.  Nowhere, to my knowledge, does it say that a cat cannot be a Canadian Senator.  Nowhere at all.  And that means that we can.

Generally speaking, cats are perfect for the Senate.  We're highly intelligent and cute.  That's a tough combination for peeps to master.

As you know, lately the Canadian Senate has been rife with scandal.  But no one handles scandal better than a cat.  When scandal occurs, we charm the pants off everyone with our magnetic purrsonalities and if, by chance, that fails...  we pee on 'em.  You can talk to any veterinarian for confirmation on this.  We cats take no guff from the opposition.  MOUSES!

Personally, I believe that the Canadian Senate is supposed to make decisions independently of the House of Commons.  They're not supposed to just go with the flow.  They're supposed to be representing the people of the province they represent.  They're not supposed to be representin' the leader of the political party to which they're affiliated.  That was never their purpose at all.  And although cats aren't necessarily independent, we're certainly very indifferent.  Indifference to those who insist upon goin' with the flow could very well lead to independence.  Don't you agree?

So what I need now is a recommendation from Prime Minister Stephen Harper.  I need him to recommend me to the Governor General to represent the Province of Nova Scotia in the Senate of Canada.

So hear ye, hear ye!  NERISSA FOR SENATE!  is the cry we all must make. Come on all you kitties out there! Come on peeps!  Come on doggies and bunnies, too.  Let Prime Minister Stephen Harper know that you think that I, Nerissa the Cat, would make a great Senator.  And feel free to tweet him with the hashtag, #Niss4Senate.  I'm sure he'd love to hear from you.  I read somewhere, he likes cats.