I padded into the family room Friday night only to discover my sister, Mason, sniffin' around my froggy bank.  "Whatcha doin' there, Mason?" I asked.

"I was wondering how much money you had saved up, that's all," Mason replied.

Mason is a mathematical genius, you know.  She's always interested in counting stuff and whatnot on account of her bein' a polydactyl cat and havin' those extra toes.  Or are they thumbs?   Probably thumbs 'cause they're on her front paws.  Bottom line is, she likes to count stuff 'cause she can.  She likes to show off those toes.  Thumbs...  Whatever.

A number of cats in the Blogosphere get allowances. That's what gave me the idea of startin' up a savings plan for myself but I don't actually get an allowance. No, the peeps are too cheap for that.  Instead, I get the bottle money.  Whenever a peep gets money for returnin' recyclable bottles, the money goes into my froggy bank.

Of course, most cats keep their money in piggy banks.  I sent the peep out for a piggy bank but you know peeps...  Send a peep out for a piggy bank and she comes back with a frog.  Apparently, Peep #1 doesn't know the difference between pigs and frogs.  She also doesn't know that frogs are green. Well, the stereotypical frog is green.  I've seen brown ones in my garden.  But I've never seen an orange frog.  Only orange frog I've ever seen is the frog that is my froggy bank that was supposed to be a pig.  MOUSES!

Anywho...  I figured there must be quite a bit of money in my orange, froggy bank as I have been savin' for well over a year now but I was curious as to why Mason was wantin' to know just how much I had.  So I asked her.

"They were talking on television that the trimmers were for sale," explained Mason.  "I was wondering if you had enough bottle money to buy them."

"Trimmers?" I asked.  "You mean for hedges?  Those are on sale at the hardware store all the time.  Don't you read the flyers?  What's so special about these trimmers?"

Mason propped a thumbed paw under her chin, flexing and stretching that thumb, showin' it off and whatnot.  "Maybe that's the wrong name.  Snippers?" 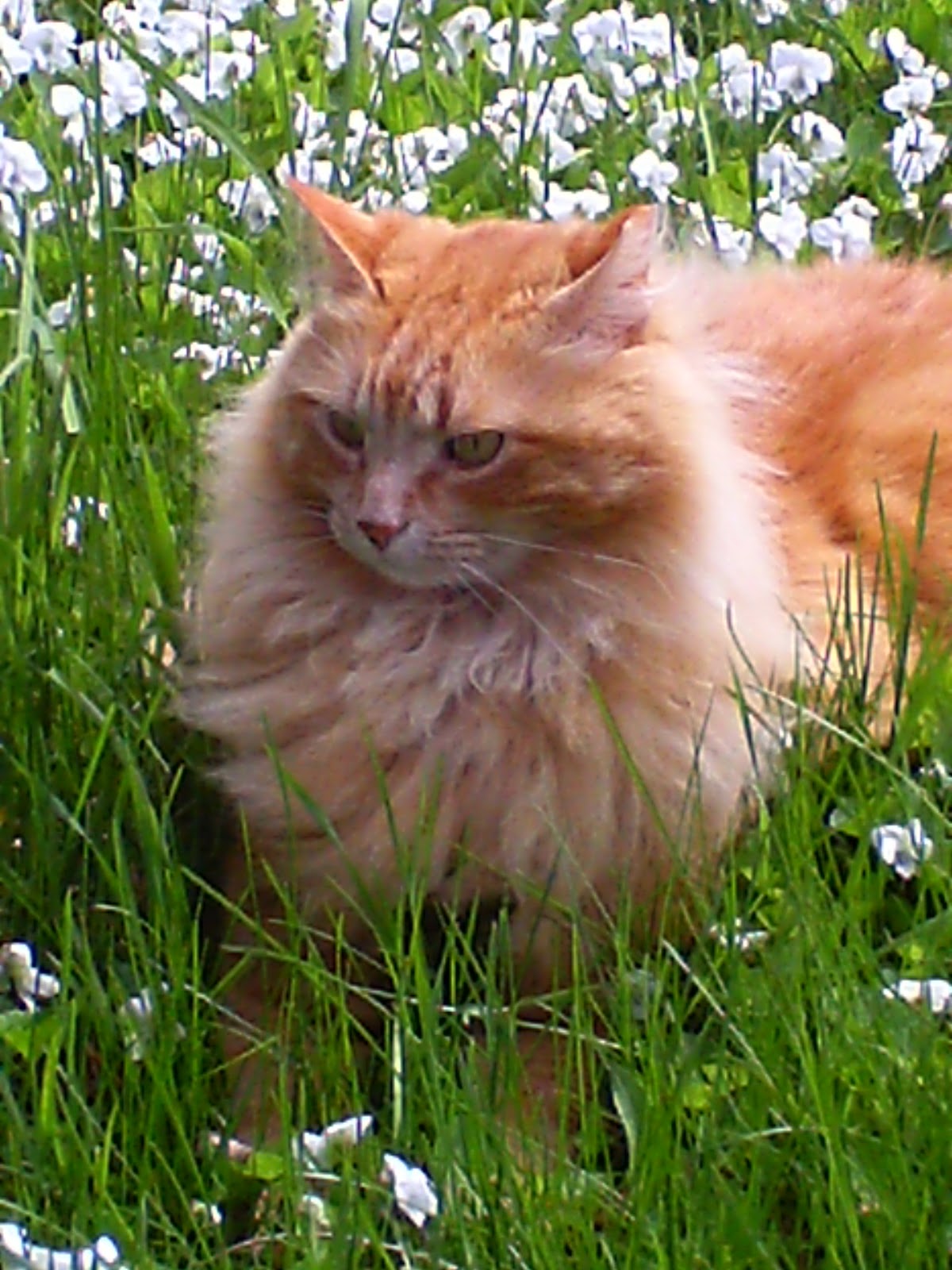 "CLIPPERS!" cried Mason.  "Some sort of sports team called the Clippers might be going up for sale.  Someone on CNN said it might go a billion dollars.  Do you think you have enough saved up in your froggy bank for that?"

Sometimes I wonder 'bout my sister Mason.  Firstly, there was no way, no how, that a billion dollars worth of loonies and toonies was gonna fit in my froggy bank.  And even if it did, it would be way too heavy for me to take to the Clippers store.  Secondly, I couldn't even imagine how many bottles of stuff the peeps would have to drink to recycle a billion dollars worth of bottles.  And lastly but most importantly, everyone KNOWS the money in my froggy bank is earmarked for an investment in nip futures.

"You goin' crazy, Mason?  You KNOW that money is earmarked for nip futures."  I turned my back to her and began washin' my tail.

"It was just a thought," Mason sighed.  "Originally, you were going to use your bottle money to buy toys and these whipper snippers - I mean, Clippers - play basketball which requires basketballs which are balls and balls are toys, so..."

"Don't think they're toys for cats, Mason.  Firstly, basketballs are way too big for cats to play with unless those cats happen to be lions or somethin'.  Rushy comes close to bein' a lion but not even he is big or strong enough to handle a basketball.  More importantly, I don't think basketballs contain nip.  Pretty much useless without nip," I explained.

Mason was right about one thing, though.  I had originally intended on usin' my savings to buy toys. I think I might even have made mention of buyin' toys with it when sending the peep out to find me a pink piggy - and not orange froggy - bank, way back when.

But then I got to thinking 'bout stuff and realised that the peeps buy us toys all the time.  And Santa Claus brings us toys at Christmas.  And every now and then someone sends us a toy as a prezzie or whatever.  When you think about it, we cats actually get a lot of toys.  No need for me to be spendin' my own savings on more.

On the other paw, one can never have too much nip.  No siree!  Nip is where it's at.  Nip is what makes the word go round.  Nip is the best thing since sliced bread!  Maybe even better.  Actually, from a cat's perspective, nip IS better.  No doubt about that.

I don't actually know how to invest in nip futures just yet but as soon as I have enough money in my froggy bank to do so, I'm gonna find out.  I don't even really know what nip futures are but I do know this...  A FUTURE FILLED WITH NIP IS WORTH THE EFFORT OF FINDIN' OUT!

I'll have to do some research on these nip future thingies so that when the time comes, I'm ready to invest.  In the meantime, I'll let Mason count up the money in my froggy bank.  Gettin' the chance to show off her countin' skills and those extra toes will make her day.