not a cheep from the peep

So the other night, I was sittin' in the family room with the peeps.  Okay, I wasn't really sitting.  I was more like lyin' down, havin' my tummy rubbed and gettin' scritches behind the ears and whatnot.  It was Thursday and Thursday nights are one of the best nights for tummy rubs.  Thursdays and Sundays. Those are the two nights with the best things on television.  That's my time with the peeps.


Anywho...  I was lyin' down next to Peep #1, gettin' my tummy rubbed, when I heard noises comin' from the living room.  I raised my head, opened my eyes, tilted my ears in the correct direction and listened in.  It was just as I thought.  Someone was playin' the piano.  No big deal.  I closed my eyes again and went to put my head back down but before my head could touch the fabric of the couch I opened my eyes wide and cried, "MOUSES!"

You see, it was at that very moment when I realised that my peeps were both in the family room with me.  I double checked.  I was right.  Peep #1 was on one side of me and Peep #2 was on the other. So the question begged to be asked.  JUST WHO WAS PLAYIN' THE PIANO?

Peep #1 must have realised somethin' was amiss at about the same time 'cause she got up and went to investigate.  Bein' an investigative reportin' cat myself, not to mention a member of the FBI, I followed her.

By the time we reached the living room, my Auntie Blossom was just in the process of hoppin' down onto the floor from the piano bench.  Mystery solved.  My Auntie Blossom had been the one playin' the piano.

Now before you start thinkin' that my Auntie Blossom is some kind of amazin' piano playin' virtuoso of a cat who could entertain the Queen at Buckingham Palace, think again.  She's not all that good.  When my Auntie Blossom plays the piano, really all she does is walk across the keys. I don't think she's ready for a record deal or a concert tour or anythin' like that...  YET.  One never knows.  She has left herself lots of room for improvement.  Perhaps if she practises really hard...  Nah.  Not gonna happen.

And speakin' of cats and peeps not playin' instruments very well.  Let me tell you what once happened to my Peep #1.  The followin' is a true story, told to me by none other than the peep.

Long, long ago in the ancient times of dinosaurs and whatnot, Peep #1 was just a little peep.  Just a kid.  Not like a baby goat kind of kid but rather, a peep kind of kid.  A child.  Actually, she was an adolescent.  A teenager or whatever.

Anywho...  Peep #1 thought she might like to take music lessons in school but in order to do that, she needed to play an instrument.  Well, she already knew how to play the piano but that wasn't one of the instruments from which she was allowed to choose.  She had to pick somethin' suitable for a band.

I would have suggested that she play rubber bands 'cause I understand they're loads of fun for playin' although I have never, ever played with a rubber band, myself.  Peep keeps 'em all tucked away in safe hiding places where I can't get to them 'cause rubber bands are super dangerous for cats.

So she couldn't choose the piano and apparently, she wasn't allowed to pick rubber bands, either. So the peep picked the flute.

Now Peep #1 knew that all the other kids taking music in high school already knew how to play their instruments so she figured she would have to know at least a little about playin' the flute before school started up in the fall. Accordingly, a flute was rented and the peep was sent to private flute lessons that spring and summer.  Well...  when I say spring and summer, I really mean just a month and a half or so.  Yeah, about six weeks.  She was supposed to go for much longer but...  but let's just say that things don't always work out as planned.

After about six weeks of her flute lessons, the peep was asked to quit.  That's right.  Peep #1 was asked - by her teacher - to quit coming to her lessons.  It wasn't workin' out.

And just what did the peep do to make things not work out?  A very good question, indeed, although it was really more like what she didn't do.  What she didn't do was make a sound.  That's right... after six weeks of lessons, the peep had not made a single sound with that ol' flute.  There had not been a single cheep from the peep.  Not a one.  Could you imagine?  MOUSES!

When the peep told me this story, I really thought she was makin' it all up.  I mean...  that peep of mine has a set of lungs on her.  I'VE HEARD HER CATERWAUL.  Peeps on the other side of the planet have heard her caterwaul.  Seriously, I've been told exactly that.  When the peep practises her caterwaulin', we have to take the phone off the hook 'cause the complaints start pourin' in from all four corners of the Earth.  Not that the Earth has corners 'cause you know...   it's round.  Or is it? Anywho...  suffice it to say that when Ol' Peepers takes to the caterwaulin', she manages to turn the volume up full blast.

Peepers claims that you have to do somethin' weird with your mouth or lips or somethin' to make a flute make sound and that she just couldn't ever figure out how to do that.  She claims that that was the whole problem.  Could be true, I suppose.  Ol' Peepers doesn't know how to whistle, either.  She can trill her lips and roll her 'r's but she can't make a single whistle-like sound unless she uses an actual whistle.  Maybe these two failings of hers are connected or somethin'. 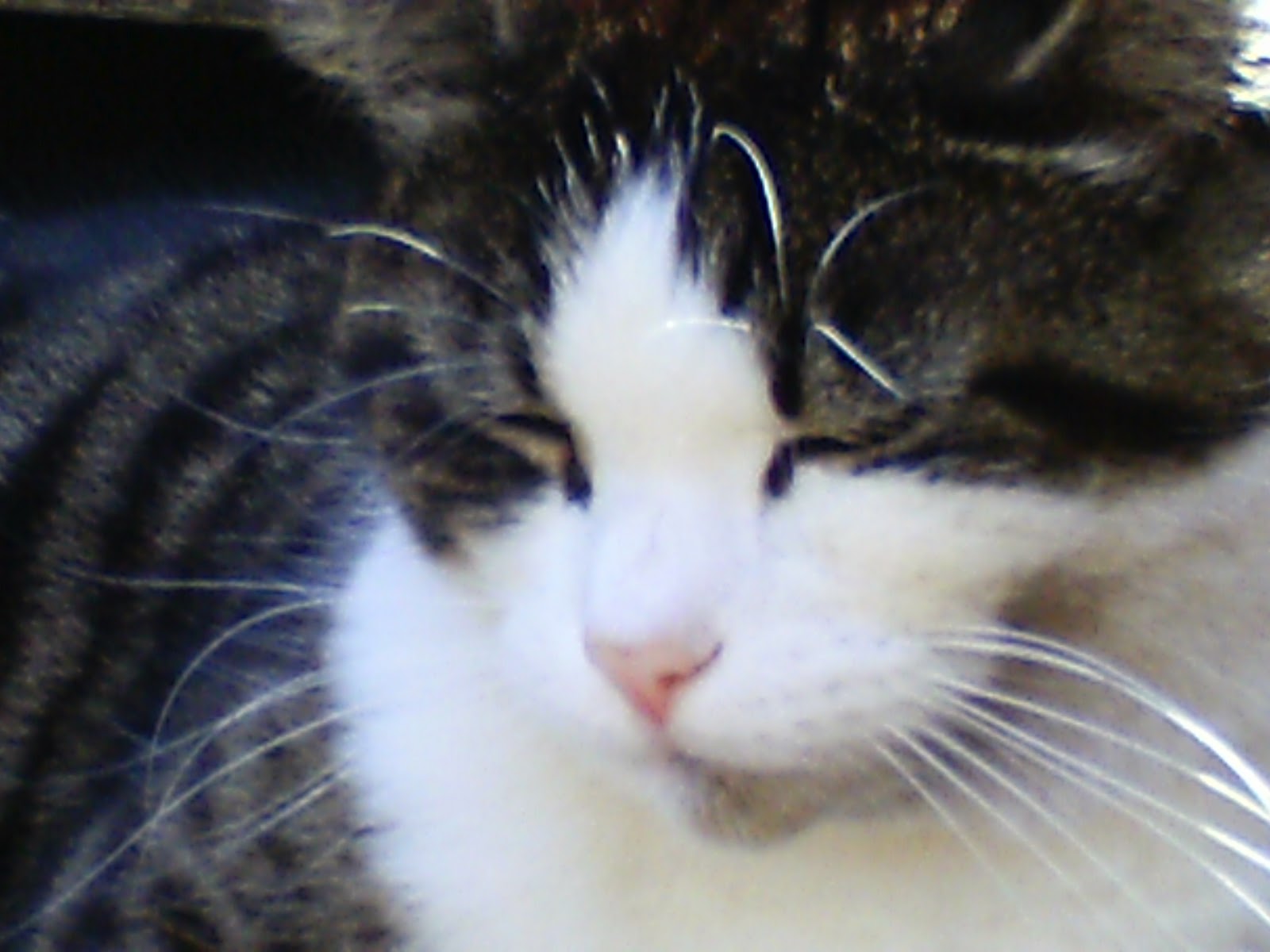 All I have to say about the matter is that it's a good thing I'm a cat and not a dog 'cause firstly, it would sound super stupid if I were known as Nerissa the Cat but I was actually a dog.  And secondly, lots of peeps call their dogs by whistling.  If I were a dog, the peep would never be able to call me.  I suppose I could call her, though.  If I had a dog-sized cell phone or somethin'.  Yeah, I could call her on that. I wonder if she'd answer?  Not if she was caterwaulin' at the time.  Nope, not then 'cause like I said, when the peep starts up with the caterwaulin', we have to take the phone off the hook.  MOUSES!