Have you heard?  Have you heard about the latest new reality slash television game show?  It's called The Blame Game and it's coming, this fall, to an election near you. MOUSES!

Let's face it, folks, stuff happens and when it does, somebody is gonna be blamed. And if you're going to be blaming peeps, someone needs to take the blame, too. C'est la vie.

You know what they say.  They say, "When in doubt, blame the peep."  Well that's what Nissy used to say, anyway. Truth be told, I've said it, too.  Works like a charm, every time.

As least it works like a charm for us cats but that's because cats, being cats, are natural charmers, for sure.

There's also the fact that peeps really are to blame for most things that go wrong in this world so blaming a peep is kind of like making a sure bet of sorts.  Know what I mean?  MOUSES!

But peeps know how to play this game of blaming, too.  From an early age, peeps learn to blame others for their own mistakes as well as just about anything and everything that doesn't go their way.

But blaming the possibly non-existent family dog is only the start of the peep blaming that is to come.  Peeps will blame anyone or anything if it means they don't have to accept the blame, themselves.

Ever listen to a peep who arrives somewhere late?  They blame the kids, the spouse and even rush-hour traffic.  Like there isn't always a lot of traffic during rush-hour.  They don't call it rush-hour for nothing.  MOUSES!

They might even blame that poor old possibly non-existent family dog.  Sorry I'm late but the dog ate my car keys.  Sound familiar?

Thing is, you can only use the dog-eaten car keys excuse once and get away with it because the more often you use it, the more unbelievable it becomes.

But you can always blame your spouse or your kids.  Kids have been known to eat a key or two, I am sure.  They say some kids will eat just about anything.  MOUSES!

Oh sure, sometimes they'll accept responsibility in a roundabout way but the words,"It's my fault," have you ever heard them say those words?  Just like that?

And more often than not, they'll try to convince you there isn't really a problem at all.  It's all in your imagination.  All in your head.  By gosh, according to some politicians, my head must be a very crowded place.  MOUSES!

I remember way back when, when I peed on the peep.  As you can imagine, it didn't go over very well.  Let's just say, there were complaints.  But did I try to blame the peep for my having peed upon her?  Did I...

Uh actually...  That might not be the best of examples because truth be told, I did blame the peep for that.  Wouldn't have peed on her had she not been standing in my way.

And let me tell you something.  You pee on a peep - once - and they never let you forget it. MOUSES!

Well the peep wasn't accepting any of the blame for that little incident.  Never has and probably never will.  Not even an ounce.  Not even for a minute.

What I should have done was find some other peep to blame and in fact, if I were to pee on the peep today, that's exactly what I would do.

That's just how it is, you know?  When stuff goes wrong, somebody needs to take the blame.  You can accept blame yourself or you can find a patsy to accept it for you.  Delegate the blame, so to speak.  It's the way of the world, my friends.  The way of the world. 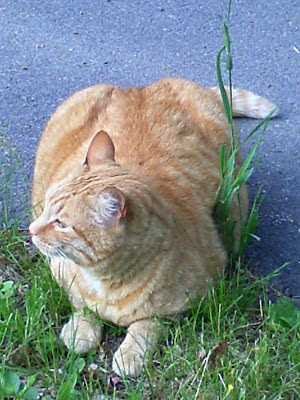 Take today, for instance.  This here blog post is going up late.  I was late in writing it because I hadn't finished the pictures for what I had originally intended to post but it's not my fault.  It's all the weather's fault for being stormy and preventing me from working on-line, yesterday, during the thunderstorms.  Yup, I'm blaming the weather.  Blaming some guy named Nigel, too.  Yup, I'm blaming them both, for sure.

What's that, Peepers?  Something wrong? You didn't get what done?

Don't fret, Peepers.  Do you know what you should do?  You should come on dawn and play THE BLAME GAME!

Peepers, you should blame Nigel. Everyone's doing it and word on the street is, this dude is willing to accept the blame for pretty much EVERYTHING.  Even stuff he couldn't possibly have done and wasn't really his fault.  Even has his own hashtag, BlameNigel, now.  Blaming him appears to be the True North Canadian thing to do and after all, Peepers, you are a Canadian peep.  You should blame him, for sure. MOUSES!