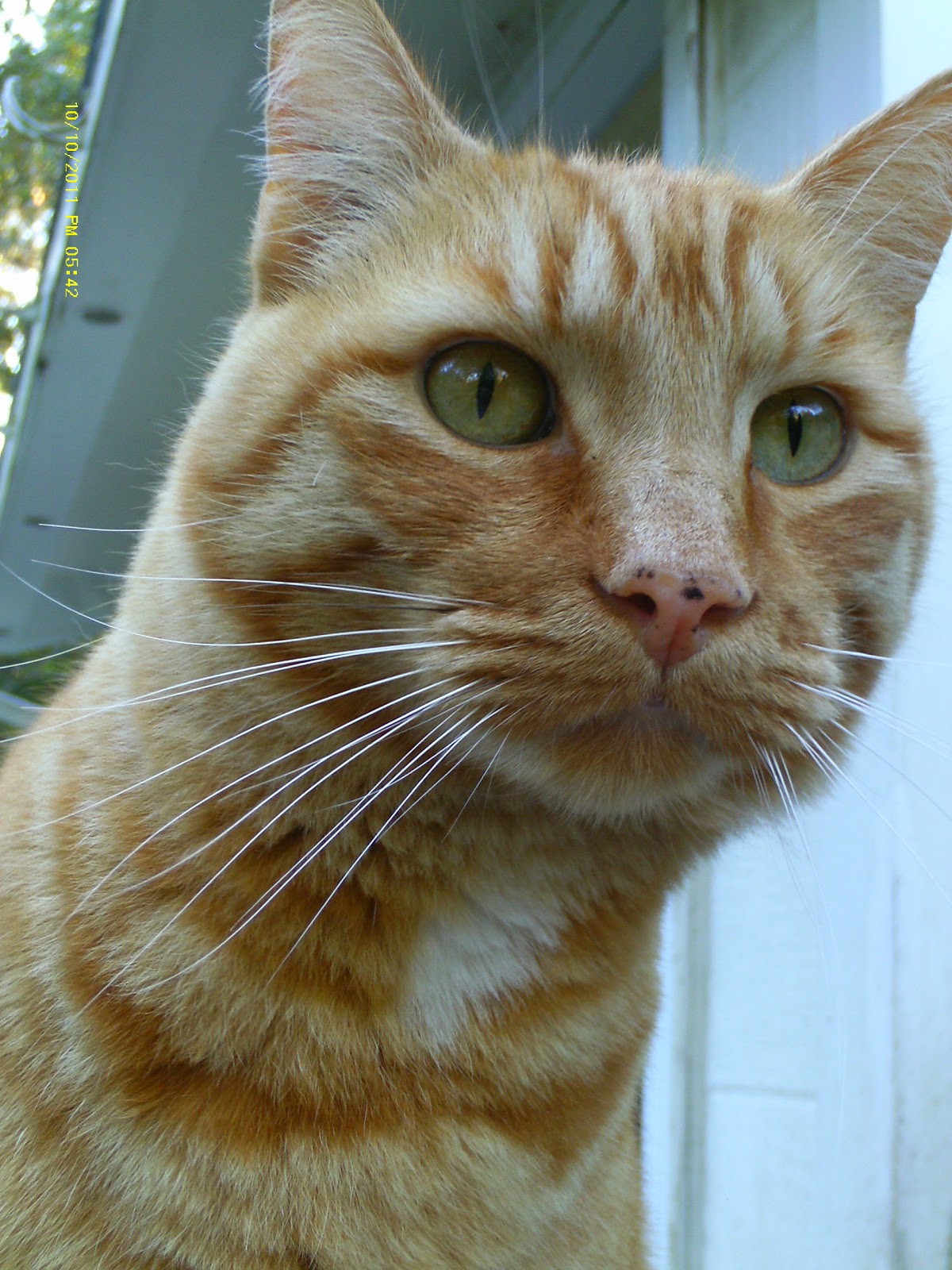 Sorry I couldn't get here sooner.  I really didn't mean to ignore everyone.  It's just that writing this post is really hard. Probably the hardest thing I've ever had to do.  The hardest post I've ever written.

Of course, this is the first blog post I've ever written.  That didn't help.  The fact that Peep #1 locked me out of Nissy's office didn't help, either, but those aren't the reasons why writing this is so difficult. What makes it difficult is what I need to to tell you all.

In the wee hours of Thursday morning, my brother Nerissa succumbed to his medical condition.  His little body just couldn't take it any more.

If you're a regular reader of Nissy's blog, and I'm sure that most of you are, you already know that Nissy had been feeling poorly for quite some time.  He had lost a lot of weight and underwent a battery of tests for all the usual causes.  At first the doctors thought he might have had Hyperthyroidism as certain numbers from the tests were a tad high but when the meds for Hyperthyroidism didn't help, the doctor delved deeper.

Eventually, Nissy was diagnosed with Exocrine Pancreatic Insufficiency.  Basically, his body could no longer produce the enzymes necessary to digest his food.  Without proper digestion, he couldn't take in the nutrients needed for good health.  That's why he was losing weight.

Exocrine Pancreatic Insufficiency is pretty rare in cats, I've heard, but the peep did some reading and learned that it's maybe not so rare as some believe.  She read somewhere that it often goes undiagnosed.  That would affect the stats, I think.

After diagnosis, Nissy was put on meds right away but the thing is, the meds were gross.  Peep #1 had to put this powder in Nissy's food about twenty minutes before he ate it.  The powder started to digest his food for him but partially digested food is...  well...  well it's gross.  No other way to describe it.  No wonder Niss flatly refused to eat the stuff.

Here in Canada, the meds Nissy needed aren't available in tablet form.  At least, they're not available for cats.  There are similar pills for peeps so that's what Nissy ended up taking.  I guess the pharmaceutical companies realise that people with this medical condition won't eat that partially digested slop they think is acceptable for cats.  Guess a certain pharmaceutical company doesn't realise that we cats can recognise slop when we see it.  And recognise that it's gross, too. MOUSES! 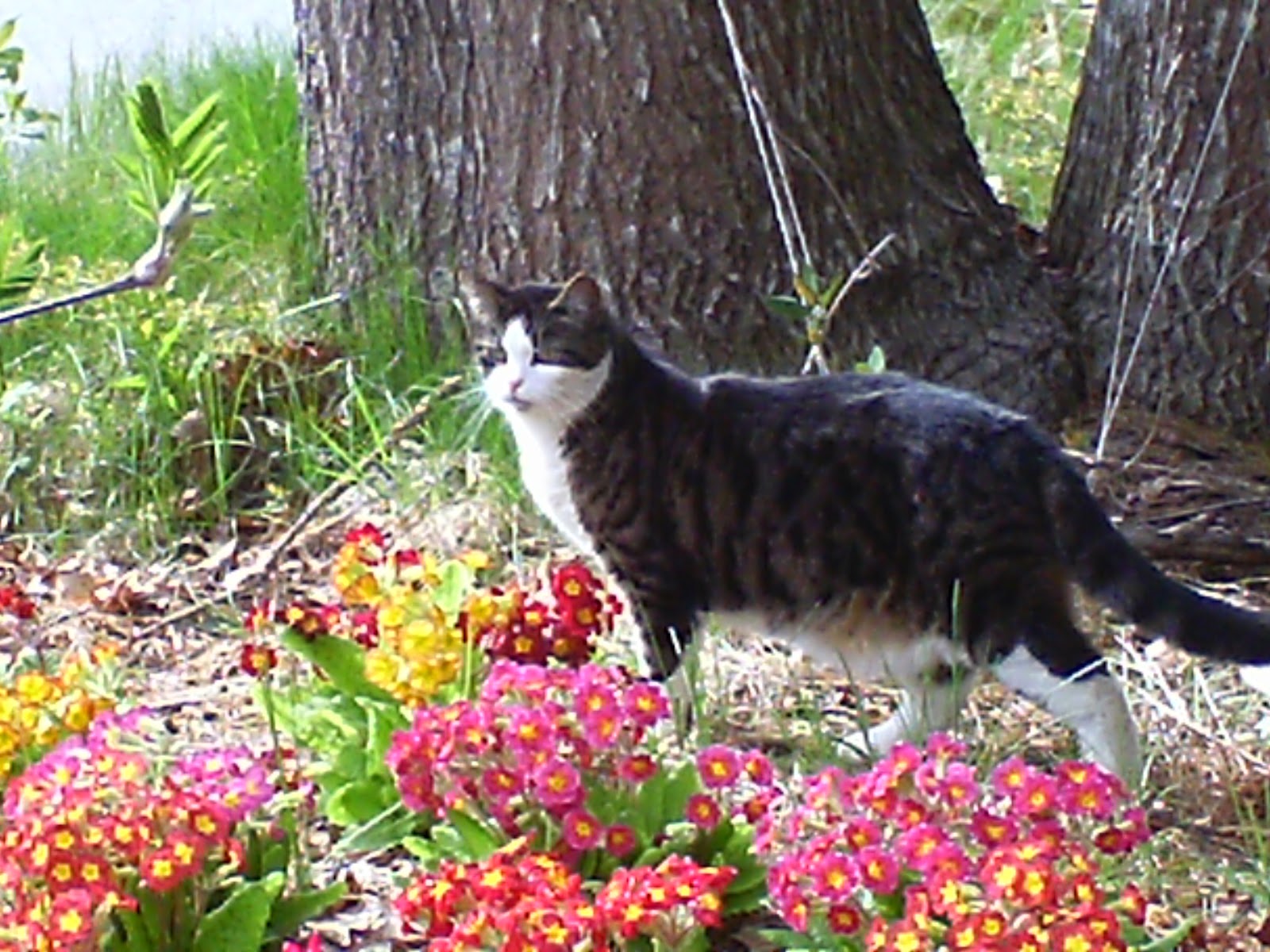 If Nissy were writing this blog post, he would have said MOUSES! right there so I'm going to say MOUSES! too.  In fact, I'm going to make MOUSES! a regular part of my vocabulary. MOUSES!

But between my peeps and my doctor and some really, really good friends, the plan was to get Nissy the proper meds he needed in tablet form.  They make them in the United States of America, you see.  Perhaps American kitties have more highly refined palettes or perhaps the companies there making the meds that Nissy needed are smarter and have a better understanding of cats.  Either theory is possible.

If I sound a little bitter, I guess it's because I am.  The meds Nissy needed SHOULD have been easily accessible here in Canada, in tablet form.  Someone really dropped the ball on that one. MOUSES!

But we had all hoped that Niss would be able to pull through.  Between getting the proper meds and putting him on a homemade chicken broth diet, the peeps were hoping to nurse him through his medical crisis and back to health.  He was really enjoying the broth and had even started to eat a little of the chicken, too.  Of course, the rest of us helped him out with the eating of that chicken whenever possible.  We're all a very helpful bunch, you see.

I miss Nissy.  He was my brother and I loved him a lot.  He was only twelve-years-old.  He should still be here with us.  MOUSES!

Peep #1 says that Nissy is up in Heaven now with his mama, Madison, and his dad, Jacob.  Also his brothers Calista, Desdemona and Alexander, his sisters Beatrice and Josephine and his nephews Aristotle and Baby.  And his aunties Primrose, Snowdrop and Blossom, too.  She says that he'll be happily romping through vast nip fields, chasing butterflies.  And she says that one day, we'll all see him again and be able to romp through those same nip fields, too.

But Spring has finally arrived here in Nova Scotia and soon the primroses will be in full bloom. Nissy loved posing amongst the primroses.  He would have liked to have posed with those primroses one more time.  I hope they have primroses in Heaven.  If so, he'll be able to enjoy them up there.

Nerissa was a really special cat and simply must be remembered.  Remembered forever.  I'm going to do my part by continuing his blog.  Nerissa's Life will live on.  Peep #1 says that, as the oldest remaining brother, the blog is my inheritance.  It's my duty to carry on. 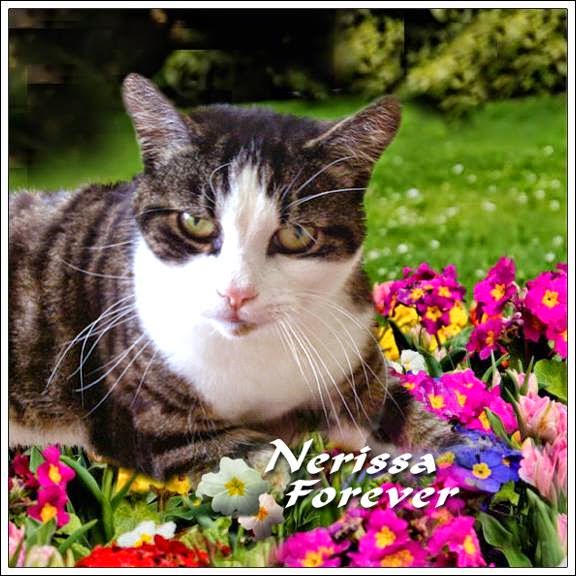 Peep #1 is going to make a little garden in memory of Nissy.  She's going to plant some primroses in there, I think. It's going to be in the part of the garden where Nissy used to like to spend time with her, supervising.

I'm hoping the peep will plant some nip, too.  Nissy loved his nip.  Some even called him a nip head and truth be told, he was.  Nothing wrong with stating the obvious, I think.  MOUSES!

The lovely and very talented Ann Adamus of the Zoolatry blog has created the beautiful Nerissa Forever badge in honour of Nissy.  Nissy with his primroses...  he'll love that.

And if anyone else would like to do a little something in honour of Nissy's memory, I have three suggestions.

Firstly, please use the word MOUSES! as often as possible.  Nissy really wanted to get his most popular invented word into all the major dictionaries but that never happened.  Perhaps we can get it added posthumously.

Secondly, please let the Prime Minister of Canada know that although Nerissa will no longer be able to accept a Senate appointment, I am able and willing to accept it for him.  And please feel free to mention to the Prime Minister that if he doesn't appoint me to the Senate, I just may run against him for Prime Minister in the fall elections.  I may not be quite as cute as Nissy but I'm still a heck of a lot cuter than he!  MOUSES!

Should that be he?  Or him?  No, he.  *sighs*  Nissy would know that.  Nissy was the best with stuff like that.

But thirdly and perhaps most importantly, I want to tell you about an organization called TeamTNR.  I've taken the following directly from their website...

"TeamTNR is an all volunteer, non-profit, charitable society formed in 2005 to minimize animal suffering in Annapolis County, Nova Scotia by controlling cat overpopulation through the spaying/neutering of as many cats as possible.  So far, we have had nearly 1800 cats spayed/neutered through our program.  With nearly two thirds being female, this likely has prevented an astounding amount of unwanted kittens being born as an unspayed female, her mate and their offspring can produce as many as 2000 cats in four years.  Also, we have a managed feral cat colony and a low cost, spay/neuter program."

TeamTNR is an extremely worthwhile cause and very dear and near to Nissy's heart.  Nissy was, as you know, a feral kitty himself.  Had he not found our peeps when he did, he might very well have found himself in need of TeamTNR and all the wonderful work that they do. 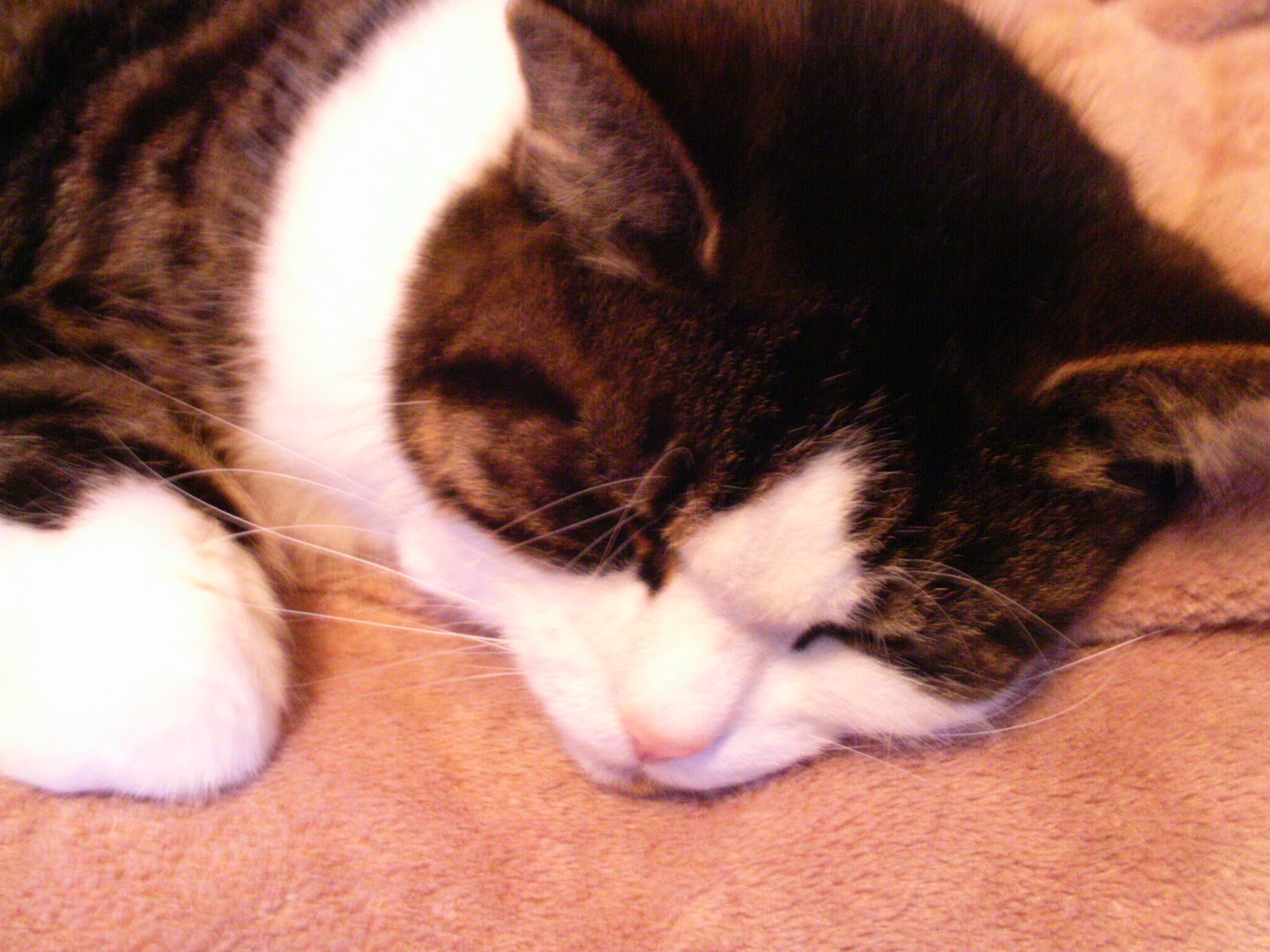 So if you're considering making a donation to a worthy cause in Nissy's memory, please consider making that donation to TeamTNR.  They, in turn, will then help Nova Scotian kitties in need.  I know that Nissy would appreciate that, for sure.  I know it from the bottom of my heart.

I don't think I can write much more than this for my first blog post.  Not sure it's long enough for Nissy's standards but, I think, given that this is my first post and I'm still learning the ropes so to speak, Nissy would forgive me if it's not quite up to snuff.

Also, I'm not exactly sure what snuff is or how you get up to it.  MOUSES!

I will be back on Sunday.  Going to do my best to keep up with Nissy's posting schedule.