You ever wonder why some peeps do the things they do?  Personally, I wonder about peeps all the time.  I really do.  Yet no matter how much I wonder, sometimes I still can't figure 'em out.

But what if you couldn't walk around it?  What if that big ol' puddle was in front of you, blockin' your path.  You couldn't go to the right of it nor could you go to the left and yet, you had to cross that puddle and get to the other side.  If you were a bird or a superpeep, you could fly over it.  If you were a kangaroo, I suppose you could jump over it.  But if you're a mere mortal of a peep or a cat, you're gonna have to walk right on through it.

So do you jump right in, never givin' a second thought as to how deep the puddle might be or if there are treacherous currents that might carry you away?  Or do you gently ease in one paw and then another, testing the waters as you go?  Bein' a sensible cat, I would choose the latter.  Only makes sense, if you ask me.

As you all know, there are a lot of us cats in the blogosphere who do charitable work.  We help raise either awareness or funds or even both for causes near and dear to our hearts.  Day after day after day we plod on, doin' the deeds our hearts tell us we must do.  Comes with the territory, you see. Comes with the territory of havin' a heart in good workin' order.  Those healthy hearts make us keep on helpin' those in need. 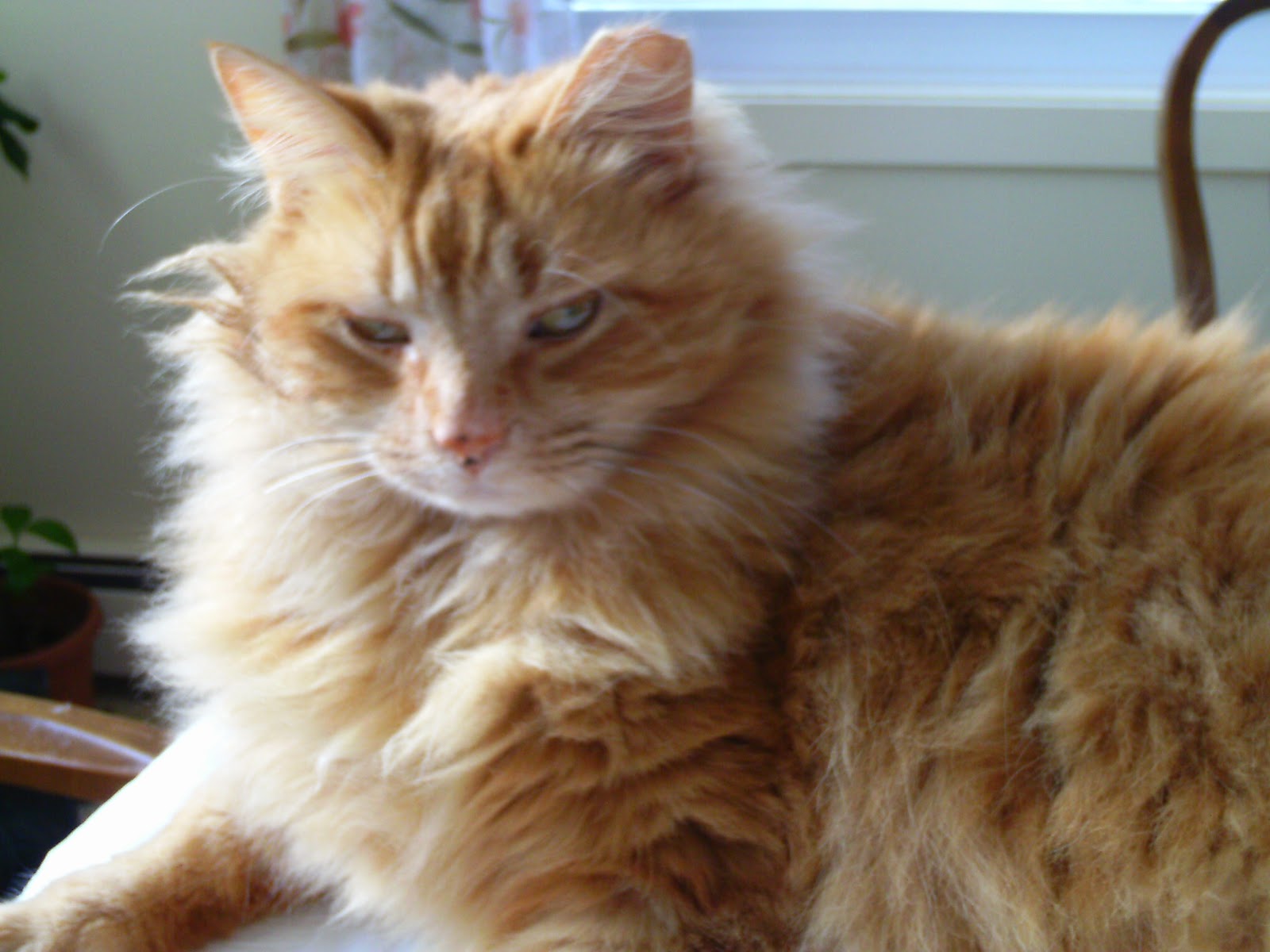 Of course, no one cat can do it all by himself.  Try as we might, we always need help.  Even with nine lives, a cat is still mortal.  It doesn't matter how popular one is on the blogosphere or how many pals one has, assistance is always required.  ALWAYS.  The more cats and peeps who help out, the easier the workload becomes for everyone involved, you see.  Only makes sense.  Right?  Right.

Most of the time, when cats and peeps encounter a cause they wish to help, they do the sensible thing and ease in gently, testin' those waters before them.  They take the time to see who is doin' what and how best they might fit in.  Most of the time, cats and peeps enter the cause seamlessly, fittin' right in and lendin' a helpin' paw where needed.  It's a beautiful sight to see. A beautiful thing to watch when happenin'.  Simply beautiful.

Unfortunately, every now and then a peep will forget to exercise the sense and reason that we cats all instinctively know we must show.  Instead of easin' in, these peeps take a runnin' leap and jump right into the middle of that big ol' puddle before them.  They land with a big ol' thud, splashin' puddle water over themselves along with everyone else around them.  And quite often, there is mud and the bottom of that puddle and some of that mud gets splashed and flung about, too.

The landings of these peeps aren't usually the best and they slip and slide on the wet, slippery mud. They stumble about until eventually, they fall.  Yup, they fall flat on their tails or at least where their tails would be if they were cats, if you know what I mean.

Back to the jumpin'.  This reckless jumpin' into the middle of puddles is an awful sight and causes nothin' but trouble and a big ol' mess, if you ask me.  I have been witness to such events and still cringe when I see 'em happenin'.  Sometimes, I even shed a tear or two.  Or three.  Or more.  I am especially likely to shed tears if I happen to be standin' too close to the puddle and some of that puddle water and mud gets splashed upon my very own fur.  Believe you me, no one likes a paw full of mud flung at 'em.  No one at all.  Not even me.

Now I am the very first cat to admit that when somethin' isn't workin', that somethin' should be changed.  To continue doin' the same ol' thing over and over and over again without any good results is a foolish act, for sure.  Some might even call it, crazy.

But on the other paw, when good results are bein' produced, there's no reason to stick your paws in there, trying to re-invent the wheel.  What do you wanna do?  Turn it into a triangle?  MOUSES!

When things are showin' progress, you want to help where help is needed.  You do not want to stick your paws in and mess everybody about.  When you stick your paws in, stirrin' up a storm and then walk away, all you do is cause trouble and hurt.

Sometimes things are done in a particular way because experience has shown the peeps doin' those things that the things they're doin', work.  These peeps didn't just wake up one mornin' and arbitrarily decide that that is how things would be.  Not at all.  Rather, over time they discovered what did and did not work.  Over time they found their groove.  They found their way.

It is unreasonable to believe that one can jump right into the middle of a puddle without knowin' all there is to know about said puddle and yet still know more than the cats and peeps who have been wading through that puddle for, in some cases, years.  It is unreasonable to believe that within a week or two, one will understand so much more than those who have had the experience of time spent in the puddle.

The damage that can be caused by such unreasonable and reckless acts is immense.  The cats and peeps who have been wadin' through that puddle for the longest are sometimes barely hangin' on.  They're doin' what they're doin' because their hearts tell them they must even though they face disappointment and heartbreak, daily.  Havin' someone jump into their midst, splashin' puddle water and slingin' mud at them might be more than their hearts can take.  All that puddle water and mud might just be the final straw.  The tipping point where they decide to leave the puddle, forever.

And what will happen then?  Who will help those in need when those who have been helpin' the longest, leave?  Will the peeps who jumped into the puddle without thinking take over from them?  Not likely.  In every case of such behaviour that I have witnessed, the peeps who stirred up the puddle, left almost as quickly as they came.  Sometimes even faster and NEVER givin' a second thought to the mess they left behind.

Posted by Seville at Nerissa's Life at 12:53

Email ThisBlogThis!Share to TwitterShare to FacebookShare to Pinterest
Labels: charity, only fools rush in, stirring the pot, testing the waters, tipping point, volunteers