Well, well, well...  looks like another award has come my way and I'm ever so pleased.  It's a real beauty.  It's called the Wonderful Team Member Leadership Award and I love it!  Special thanks to my pal Katie, who writes the amazin' blog, Katie Isabella, for thinkin' of me.  Thank you Katie!  I appreciate your thoughtfulness, immensely.

There's not much to accepting this Wonderful Team Member Leadership Award.  All I need do is thank Katie for givin' it to me, link' to her blog - which I did above but am gonna do again 'cause I love it so much.  THANK YOU KATIE! - and pass the award along to another fourteen bloggin' cats and dogs.  Easy as can be.  Easy peasy, as they say.

So without further ado, the winners are... 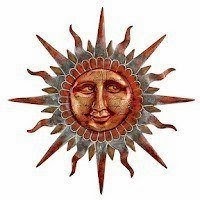 Now, some of you may have received this award before.  I have myself but the first time, the award had a different graphic.  I really like this pretty new graphic with the smilin' sun a lot so I said to myself, I'm gonna accept it again!  Why not?  It's there for the takin'.

And since the Wonderful Team Member Leadership Award is all about workin' as a team, I do hope everyone will check out all the blogs receivin' the award today, as well as Katie's blog, Katie Isabella.  They're all AMAZIN' blogs and deserve to be read and read and then, read again.

So, that takes care of the this.  Now how about a little of the that? 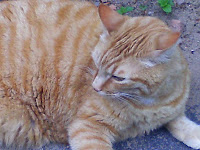 Did you hear my big news?  It happened a few weeks ago.  Facebook spell check now accepts MOUSES! as a word.  Yoo-hoo!  YOO-HOO!!!  No red squiggles or yellow highlights or any or that.  Blogger, by the way, accepts it, too.  Ironically, although Blogger is acceptin' MOUSES! as a word, its spell check highlights in bright yellow the words, Facebook, blog and...  get this...  Blogger!  MOUSES!

I'm so happy 'bout this.  We all used MOUSES! so often, it has been accepted by the powers that be.  See what we can do as a team?  Amazin' stuff.

I am still waiting to hear back from my friends at Webster and Oxford.

Oh, and did you hear about my grey fur?  It's true.  I have a little patch of sparklin' white fur in my jet black stripe down my back.  MOUSES!  I pointed it out to my doctor the last time I was there and she says it happens quite often after fur has been shaved and, sure enough, that patch has appeared right where they shaved my fur to apply the pain patch when I had my knee bionicized.  I knew that shavin' business was gonna cause trouble.  I just knew it.  Again I say, MOUSES!

And some late breaking news from a couple of weeks ago.  That's the late part, my friends.  The fact that I am late with tellin' you 'bout this.  I have tweeted about it, numerous times, but neglected to write about it here, on my blog.  I am sorry.  I've let you all down.  I promise to never do that again unless, of course, I accidentally do.

Anywho...  apparently, there is a world-wide egg beater shortage.  This is causing major difficulties for those of us who use egg beaters as a power source for teleportation.  Tunnel teleporters have, so far, been unaffected.

My brother Seville is quite pleased to assure everyone that whisks are still widely available.  I haven't yet informed him that the science of egg beater-whisk time travelling-teleportation requires both egg beaters and whisks.  Why break his little marmalade heart unnecessarily?  In the meantime, he has been busy fiddling with his whisks and I am happy to say that his fiddling has been pretty much benign when the whisks are not being used in conjunction with egg beaters.  We've had a few broken eggs but that's about all the damage, so far.  Rest assured that we do, however, have a case of egg beaters on order.

Posted by Seville at Nerissa's Life at 10:12